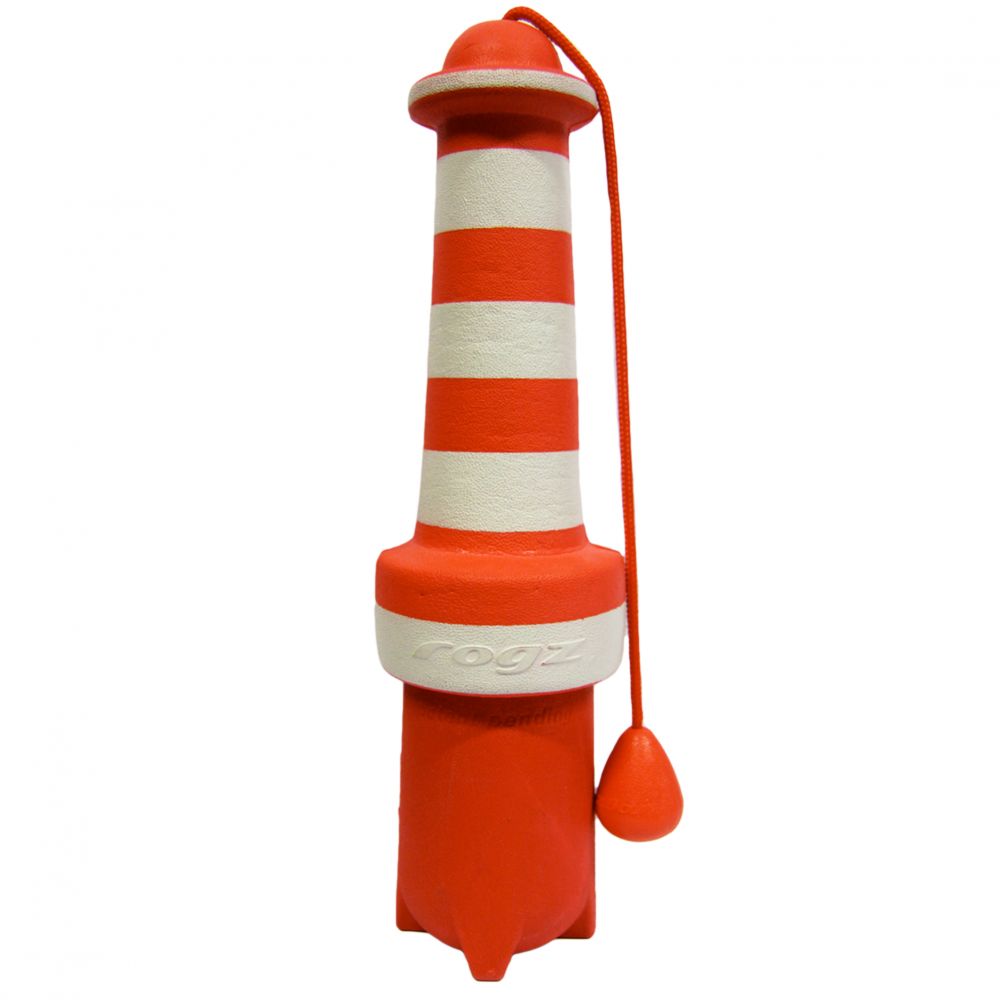 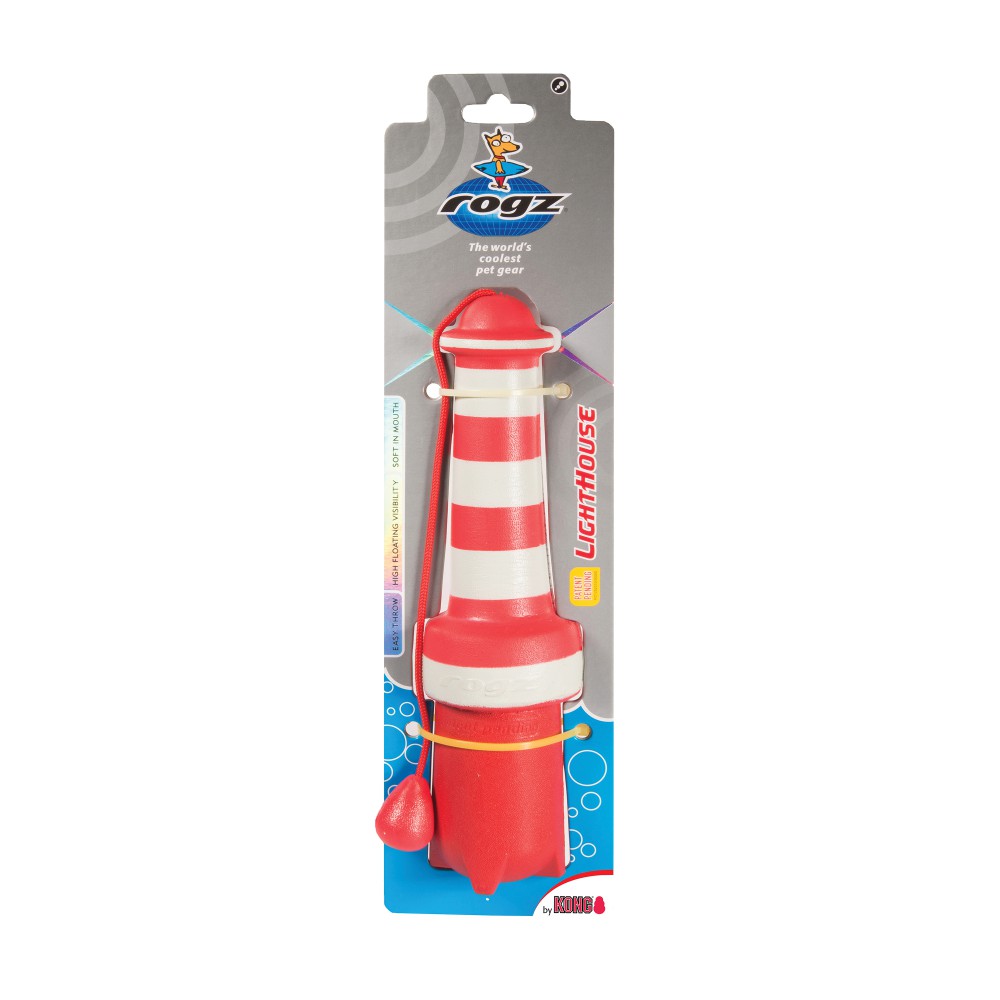 L, Orange
The Rogz LightHouse has taken the Rogz Mojo to the next level. Not only does the LightHouse float in the craziest and busiest ocean waves but it stands erect in the water, allowing for even better visibility in the water along with its contrasting red and white stripes. The built-in rope and bobble at the top of the LightHouse acts as a bungy sling to really get the most distance and height out of your throw. While the LightHouse is a throw, fetch and float toy, it is not a chew toy and will need to be taken away from your dog after play time. The Rogz LightHouse is one dog toy that your dog cannot do without this summer.